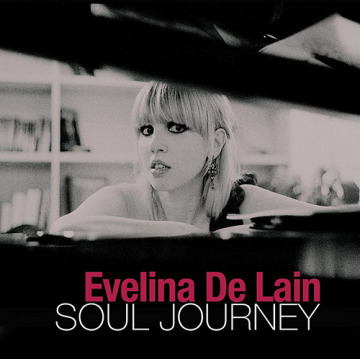 A few recent highlights include: Recording as a hand double for BBC series "Last tango in Halifax", performing at the opening of Hollywood Costume exhibition at V&A museum, playing at the "100 most influential women of the UK" event at Saatchi galleries, entertaining Prince Charles and Duchess of Cornwall, UK prime-ministers John Major and David Cameron, Prime Minister of France Amand Fillon, US Secretary of State John Kerry, Performing for Clacton Arts and Literary Society.

My Story.
As a child I hated classical music. It wasn't my dream to begin with, my mum, Valentina Pronskaya (who was also my first music teacher) had envisioned the life of a classical pianist for me before I was born. In fact, I didn't have the opportunity to find out what my other dreams or goals could have been because I had to practice so much that it left little time for anything else besides school.

But I remember a particular occasion which was a revelation for me, when I heard our family friend play “Blue Moon” and some Boogie-woogie and how eager I was to learn those tunes. “What is this music?”, - I gushed with the amazement of a 7-year old born in a tiny miners town in Soviet Union in the 70s, having never heard anything similar. Boris simply answered: “This is jazz” and proceeded to teach me. That’s when I knew that while I was given no choice but to play music, at least I could play jazz instead of classical.

Another 9 years would pass before I had any chance to start finding out more about jazz. 9 years of constant practice studying Mozart, Bach, Chopin, Debussy, Tchaikovsky. The years of “torment".Looking back now though, I wouldn't change anything in the world! Little did I understand how talented I was and what great schooling my mum was giving me… My granddad Philippe, who was more like a father figure to me, supported my mum in her goal of turning me into a classical musician and I am so grateful for that now.

I was accepted into M.Glinka Conservatoire of Music in Dnipropetrovsk with open arms and the best teachers were attempting to get me into their classes. Once again, only with the passing of time, I realized how lucky I was to study in the class of the head of the piano department - Larisa Kopnina, who was such a kind soul and who would allow me to just be myself in my interpretation, whilst gently guiding me towards brilliancy in my technique. I had participated in many competitions whilst studying under her, including The State Chopin Competition, where I came 4th among hundreds of students from the entire country of Ukraine, I also got a Silver Medal in National Contemporary Ukrainian Composition Competition in Kiev and I won the 1st prize in Conservatoire Chopin Competition with Chopin’s 1st Concerto.

My other main teacher was the head of the Chamber and Accompaniment Department, Galina Vinogradova, who influenced my career by introducing me to the best of Chamber music. She pushed me very hard to learn and perform things that would continue to influence me for many years to come. She nurtured me to fall in love with Schnittke, Shostakovich, Prokofiev, Gounod and many more. In her complete love affair with Chamber music, she was fearless and larger than life and she did her best to pass her passion on to me. Dear Galina Vladimirovna, I thank you for every second of countless hours we spent together and for your talent as a mentor and your artistic courage that I feel in many ways defined me as a composer many years later.

During my College years, I became the youngest Ballet Accompanist with The Dnipropetrovsk State Theatre of Opera and Ballet, and By this time I had already played in clubs and bars from the age of 16 to make ends meet - this is where I started my jazz performances. By the way, this wasn't my first job, I had already worked as an accompanist at the music school at 14 years old.

Just to point out, one wouldn’t want to be a young student on their own without much support in a post USSR Ukraine in the 90s - life was very harsh… I had to work all hours in the day just to make ends meet.

In my last year at The Conservatoire, I sometimes played for up to 17 hours a day - my schedule would read something like this: 8am - 2pm - attending College, practicing for my exams. 2.30-7.30 - playing for Ballet classes 8pm - 3am - performing at a bar called “White Grand Piano”.

Working at this pace inevitably had an effect on my hands, I suffered with chronic tendonitis and as a result had to perform my final exams in bandages. I passed my diploma with distinction. It felt like the life of classical music might be over for me, I don’t even remember being too upset at the time because all I could think about back then was learning jazz. As one could imagine, there weren’t many opportunities to find jazz teachers or even jazz sheet music in the mid 90s in my part of the world... I remember treasuring my copy of “Summertime” that I had to handwrite in the house of someone who already owned the sheet music but wouldn’t allow me to borrow it. I kept Jazz fm radio switched on next to my bed 24/7, every time the song I liked would come on I’d scribble down a few bars, trying to catch the chords and lyrics from the radio play. It took me weeks to complete the transcription of each song.

My newfound knowledge of jazz took me all around the world for the next 10 years. During those years playing and singing in bars, clubs, cruise ships, restaurants, studios etc., I noticed that I’d often come up with improvisations and compositions that were neither classical, nor jazz, but somewhere in between. As a teenager, I composed these little “ditties” but never thought much of them, it’s a miracle I even memorized them.

It took me another few years to realize, with the help of some of the finest British Musicians that my uniqueness lies not in pure jazz, neither in pure classical, but with those styles merged - I jokingly called it “Clazz”. Italics The years of playing Debussy and Bill Evans just melted together in my mind into something that was just pouring out of me. I’d keep the classical structure but would introduce the jazz harmony, for example I’d write a jazz form but the chord voicings would stem from early 20th century harmony. This is when I started to develop my writing style with more attention and awareness and it was the time for me to rediscover my love for classical music - the pressure was no longer, it was my own choice.

I went through an intensive period of physiotherapy for my tendonitis with an incredible specialist Larisa Gagarinova, and soon after started performing solo recitals with joy and passion that I never thought I’d have for classical music…

After some experimentation I found that my music sounded best in a trio format. I started performing with Viola and Clarinet but later settled for Flute and Cello, which proved to be by far the best combination for my original music and my arrangements of jazz and classical, this also gave me the possibility to augment the trio with harp, percussion, woodwind and chamber strings. “Evelina De Lain Trio” was established in 2011. It was at this time that I realized how much fun classical music could be, especially Chamber music - it was always my favorite.

My new album “Soul Journey” (2015) sums up my 20 year journey towards finding my own voice, It features compositions written when I was just 17 (“Pavana”) and a piece completed last year entitled - Soul Journey-and I’m honored to have been able to record and produce this album with the greatest of British talents namely, Derek Nash (“Jools Holland” MD) who engineered and recorded with Tony Remy (Annie Lennox, Matt Bianco, M People, Craig David, Jazz Crusaders, Pee Wee Ellis Funk Assembly, Vanessa May etc) as producer and Chris Lewis (“Incognito”) as mixing and Mastering engineer with special thanks to Mark Fisher (“Matt Bianco”) for his valuable input. The album was recorded on a fabulous Steinway Grand piano at Clowns Pocket Studios and the Chamber ensemble was led by violinist Marianne Bruccheri. Special thanks to Paul Madden and Tom Greenwood at The SmokeHouse studios in East London.

“12 Colourful Preludes” was written and recorded in 2012, it features me as a solo performer, the preludes are dedicated to Eric Satie and on this record I explore minimalism and the connection between colour and mood.

My upcoming album of waltzes and Tangos is in production now with an expected release October 2015 -It features one of my favorite British Clarinetists Idris Rahman, a fantastic Viola Player namely Yuri Zhislin and my main Trio Collaborators - Alisa Klimanska on Flute and Alice Jones on Cello. This project will show my vision for music in terms of classical structure with jazz influences in a chamber ensemble format.

You can now purchase the album "Soul Journey" via

Please come back to this page to find out about Soul Journey Album Launch date in the end of September.

Update Required To play the media you will need to either update your browser to a recent version or update your .
Download Download
Back
You Tube
Contact Information
For more information and music, visit: